The Church on Sidcup Hill 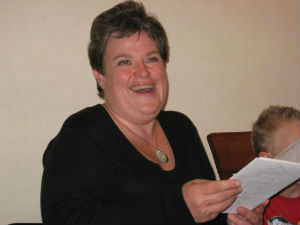 He is not here, HE HAS RISEN just as He said

This Is Holy Week

The disciples and those who followed Jesus didn't have the first idea. They had a sense that there was going to be a stand-off of some kind, that Jesus was facing His fiercest critics and those who had a theological axe to grind about God and how only He could forgive sins and offer people hope. But they didn't have a clue about what Jesus would face in the days ahead

Peter stated categorically to Jesus that, 'Even if all fall away on account of you, I never will' (Matthew 26:33). Jesus knew what Peter would do, but still He loved him. (But Peter did fall away, he denied even knowing his best friend when the chips were down.)

James & John's mother even wanted clarification that her boys would have the best seats in the house in heaven when they all got there. Jesus replied 'You don't know what you are asking...Can you drink the cup I am going to drink?' (Matthew 20:22) But still He loved them, and their mother!

Judas couldn't understand why a woman would 'waste' so much money on perfume to anoint Jesus' feet when the money could have been given to help the poor. Jesus' response was 'The poor you will always have with you, but you will not always have me' (Matthew 26:11). But still He loved him, and his ways with money.

And while they were sharing their favourite meal of the year, Jesus talked about leaving them, going away, dying, but they shouldn't be sad or worried as He was going to return to them after three days. It was all so confusing, until it actually happened. Then it was all so surreal and it all happened so fast...

There was a phrase used once that said:

If Jesus hadn't have been raised from the dead Christians would merely be following the empty words of a good man. In fact, there probably wouldn't be a 'Christian' faith at all. The first disciples would have died, taking their thoughts and faith with them into the realm of fantasy and myth

However Jesus did rise from the dead. He could be trusted then - He still can be now. His words were true then - and they still are today. The first disciples put their lives on the line believing that Jesus was exactly who He said He was and that He did exactly what He said He would do. This same Jesus comes to us this Holy week and shows us His scars and wounds and asks us to believe. It is up to us to choose to know Him as our Lord and Saviour, and when we do, we too can know resurrection life, not just today, but for all eternity. We can know that, just as Jesus was raised from the dead, so we will also be raised to glory and be with Him for all eternity.

HE IS NOT HERE - HE HAS RISEN

Jesus has indeed risen from the dead, He is the One who has conquered death and hell, the One who has forgiven us our sins, the One who breaks open the doors of heaven and welcomes us in. He comes to you and to me and offers us resurrection life.

I wonder what would happen if you accepted His offer this Easter...